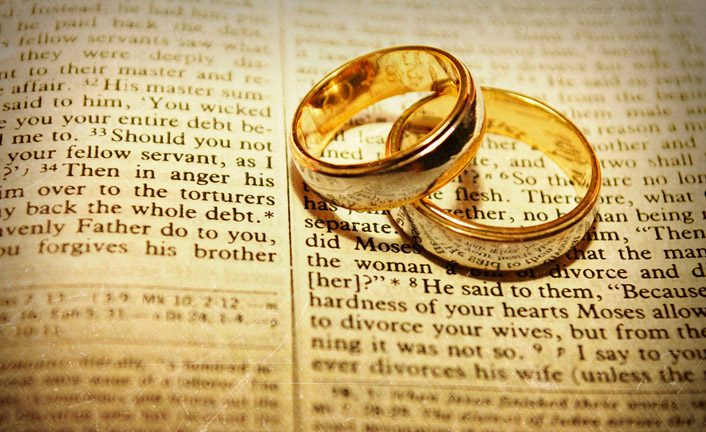 What good is it to acknowledge the existence of God but not have a wholehearted belief in Him?

Most people have no idea of the difference between acknowledgement and belief.

They’re deceived into acknowledging the truth of the Bible but not believing in it wholeheartedly.

They acknowledged the existence of Jesus but don’t believe in Him wholeheartedly.

Acknowledgement and belief seem to be the same thing in modern day English, but in the original texts of the New Testament, which were written in Greek, the verb “to believe” means far more than simple acknowledgement.

Acknowledging the truth of something means giving it a vote of confidence for a set amount of time. Believing in something means throwing your all into it all the time, regardless of the circumstances.

Acknowledgement would be like a uncommitted dating relationship. Belief would be like marrying that person and committing to them for life.

In biblical terms, belief involves total dedication to the person you believe in. It means honoring the vows you made on the altar till death.

In the comments of my blog, I’ve noticed that a lot of people acknowledge the existence of Jesus, but don’t believe in Him. They’re more concerned about receiving than giving.

They want to receive the Holy Spirit, they want peace, joy, to speak in tongues, to be given a new life. All they think about is receiving.

The same ideas apply to marriage. Some spouses are only interested in their own happiness, not their partner’s happiness. This happens when you acknowledge the goodness of your spouse but don’t believe in him or her wholeheartedly, and as a result many marriages turn into a living hell.

The lives of many “Christians” have also a living hell.

What’s the use of having the faith to conquer wealth, but not to wholeheartedly believe in and surrender your life to the Lord Jesus?

When this happens the devil steps in and takes advantage, doing whatever he wants in the lives of false Christians because their lives are full of lies, deceit and hypocrisy.

They want a new life, but are unwilling to give up the old one.

They want to receive, but are not willing to be the first to give.

They want to reap, but they don’t want to sow.

As long as “Christians” refuse to learn the lessons of giving, sacrifice, and surrender, they will never learn to receive.

When you lack the faith to believe and obey through the sacrifice of your own life, how will you ever have the faith for salvation?

The Lord Jesus made it very clear:

“If anyone thirsts, let him come to Me and drink. He who believes in Me, as the Scripture has said, out of his heart will flow rivers of living water.” John 7.37-38

Spiritual thirst means that a person is aware that his soul is empty. To be quenched, he has to approach Jesus and surrender to Him 100%.

When he does this he’ll receive the baptism with the Holy Spirit at that exact moment.

Belief in Jesus demands the total surrender of your life.

“If anyone desires to come after Me, let him deny himself, and take up his cross daily, and follow Me.” Luke 9.23

This doesn’t mean that you abandon everything and move into the Church. It does mean that the Lord Jesus becomes the priority in everything. He comes before family members, loved ones, your life, your reputation, your name… He has to be the center of everything.

What kind of relationship have you had with Him up to now?

Do you acknowledge His existence or do you believe in Him?

It’s no good trying to deceive Him because He knows our innermost thoughts.

May the Lord Jesus be glorified in your life!