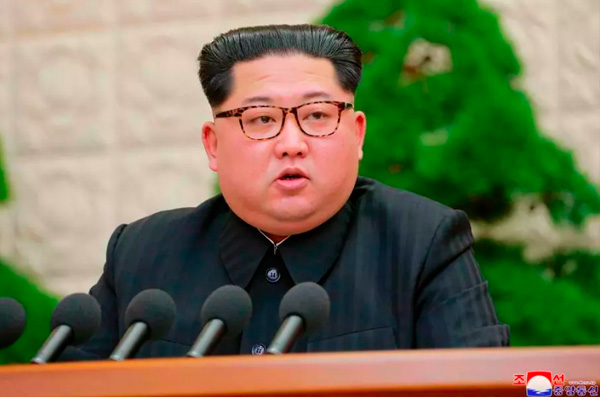 After passing through more than 10 prisons in North Korea, Hea Woo (fictitious name) is one of the few Christian people that managed to flee the country after surviving an imposed sentence.

The Open Doors institution, which tracks and measures the extent of persecution in the world, classifies North Korea as the worst country in the world to be a Christian. The information comes from the Christian Today website, a Christian news company headquartered in London, UK. Harry Farley reported on this story.

Woo told her story in a hotel restaurant in London, a much safer and more comfortable place than the prisons she passed through. She was one of 200,000 people held in labor camps scattered across North Korea, where a secret regime and lack of transparency prevails.

The reason for her arrest was an attempt to escape to China, an act that Pyongyang considers illegal. She passed through several prisons, which seemed endless, under conditions she described as a “living hell.”

Many other prisoners, among the few that are released, are too traumatized to talk about this subject. Woo’s husband died in a labor camp after being arrested for his Christian faith. Woo speaks about the suffering she endured:

—When people died, the guards just broke the dead bodies into two pieces, put them in a cart and took them outside.

But the prisoners also had to work.

—Once in a while, we had to take the bodies outside of the camps to cremate the bodies. But the crematorium was so small, and there were so many dead bodies that we had to cut the dead bodies into small pieces with an ax.

She could not get the images out of her mind.

—After the cremation, the ashes were scattered in the fields, but often they were blown away by the wind. So the inmates had to walk over the ash. I thought, “One day the prisoners will walk over me.”

Not that life before prison was easy. On the contrary, in a country that persecutes Christians and keeps the population in poverty, Woo already suffered from malnutrition when she went to prison. She shared a cell designed for 50 prisoners with another 200.

—We were so cramped that if you got up in the middle of the night to go to the toilet, you couldn’t find any space to squeeze back in to sleep. There wasn’t even space to stand properly.

Hygienic conditions were limited in these places.

—In one corner of the cell there was a toilet but to prevent the prisoners from escaping there were no windows in the toilet — only a hole in the floor. So it was really disgusting, and the smell was so horrible. The people suffered headaches because of the smell, and often we would get sick. Also, there were lots of rats in the toilets.

According to Open Doors, which functions as a charity, such persecution is a government policy.

—Persecution is led by the state, which sees Christians as hostile elements that have to be eradicated.

Woo converted to Christianity before being imprisoned. She says this initiative helped her face such suffering.

—In that horrid situation, God was there too. I started to pray for the lost souls there, who are dying without knowing Jesus Christ. I prayed to the Lord saying, “I want to be a salt and light in this place for these poor souls.”

She was caught speaking about her faith on four separate occasions and tortured each time. On one particularly brutal occasion, she says she was tortured for three days in a row.

However, she was able to remain firm, even though she did faint.

—But on the fourth day, I just collapsed, and I felt I couldn’t stand anymore. So again, I cried out to the Lord, and I was reminded of the verse from Jeremiah 33.3: “Call to me, I will answer you, and I will show you unimaginable things…”

—So I was able to bear all the sufferings at the time. I was taken back to my cell and heard the really loud, audible voice of the Lord. It said: “My beloved daughter, you walked on water today.” ‘It was a really loud strong audible voice, but no one else heard it.’

She says she heard it clearly:

—I realized that the Lord was there when I was tortured. I had to really thank Him because He was there with me. After that day I didn’t get tortured anymore. The Lord protected me.

The interview was done through a translator. Woo is understated. She describes the mistreatment at length, but without emotion. Until, that is, she comes to her escape, when the tears begin to flow.

She returned to the Yalu River, which separates North Korea from its only ally, China. This is after she was released from prison. And she also encountered difficulties during this crossing.

—When I stepped into the river, the rain changed to snow, which veiled the guards. But because it was the rainy season, there was a very strong current. One moment, I just was swept away in that current and lost my consciousness. But when I opened my eyes, I was on the other side of the river, in China!

But there were still other challenges.

—On the bank, there was a very high electric fence. So I prayed at that moment: “Lord, you have led me this far. If it is time for me to go to you, then just take my life.” Then I put my hand on the fence.

She had a breakthrough.

—After a while, I thought I was dead, but I was able to open my eyes… I realized there was no electricity.

Her eyes filled with tears and she cannot contain herself.

—The journey from that point up to the border between China and Myanmar was not easy either. We were stopped several times and each time we were taken to the police station. But strangely, amazingly, I wasn’t searched or asked to show my ID.

She made it through all the stops and was able to cross the border from China to Myanmar. From Myanmar to Thailand, she remembers having to catch a boat for about six hours.

—On that boat, I suddenly realized nobody would arrest me, even if I sang out loud praising the Lord. So for all the six hours I praised the Lord with a strong voice! ‘So I really thank the Lord, because He answered all my prayers, whether it was a prayer in a whisper, or a prayer in a shout. All my prayers have been answered! My confession of faith is in Psalm 119.71, which says, “It is for my good that I have been afflicted so that I can follow His law.

Finally, she exhales, in a tone of relief:

—Now I am the happiest person in the whole world! I have nothing, but because of Jesus Christ in me, I am so happy.

By Eugenio Goussinsky, from R7