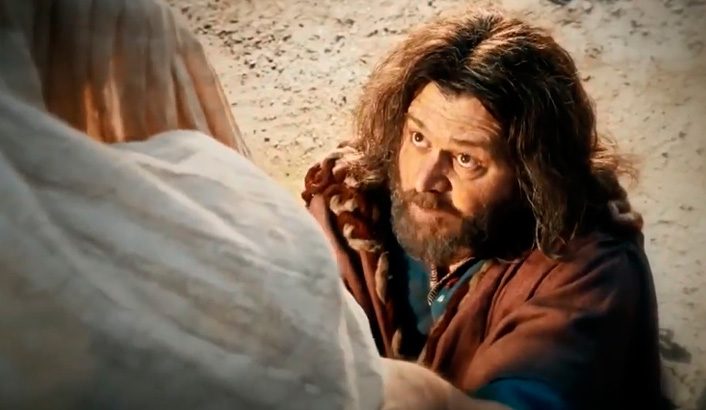 Jacob was anointed the firstborn of his father, Isaac;
Jacob had a vision of a ladder that its top reached to Heaven;
In that vision, he saw angels ascending and descending the ladder;
Jacob heard the Voice of the Lord at the top of the ladder;
Jacob prospered and became richer than his master, Laban;
Jacob, until that moment, had 11 sons;
Jacob, again, saw an army of angels that God sent to assure him continuous protection.

When a person that is supposedly sealed with the Holy Spirit bears the same spirit of fear and anguish as Jacob, at the very least, he is possessed by a deceiving spirit.

He may even have some Jacob-like success, but the spirit of fear will not leave him alone until he clears his bad conscience before God.

Though Jacob had godly visions and apparent success, his soul still had no peace. Unfortunately, this is the condition of most of the “baptized” with the Holy Spirit. They bear a spirit of fear because they bear the same sin as Jacob: bad character.

Upon learning that Esau was coming to meet him with 400 men, “Jacob was greatly afraid and distressed…” Genesis 32.7.

So he cried out to the LORD, saying:

Then Jacob said, “O God of my father Abraham and God of my father Isaac, the Lord who said to me, ‘Return to your country and to your family, and I will deal well with you’: I am not worthy of the least of all the mercies and of all the truth which You have shown Your servant; for I crossed over this Jordan with my staff, and now I have become two companies. Deliver me, I pray, from the hand of my brother, from the hand of Esau; for I fear him, lest he come and attack me and the mother with the children. For You said, ‘I will surely treat you well, and make your descendants as the sand of the sea, which cannot be numbered for multitude.’” Genesis 32.9-12

Jacob’s despair led him to cry out to the God of his fathers, Abraham and Isaac. This desperate outcry did not involve empty emotions, but revealed revolt with substance, because he said: It was the Lord Who told me to return to my land, and to my family, and You would deal well with me… This is, the reason for my torment is because I am obeying Your Word. I am going to meet those who want to kill me and I have no conditions to face them. Look at my situation! My brother is coming at me with 400 men of war. What do I do??…

Even so, fear did not leave him. But God gave him a direction: what good is family, riches, the promises of God and a birthright, if I die?…

…took what came to his hand as a present for Esau his brother: Genesis 32.13

It was all he had in exchange for a life of peace and far from fear.

And he arose that night and took his two wives, his two female servants, and his eleven sons, and crossed over the ford of Jabbok. He took them, sent them over the brook, and sent over what he had. Genesis 32.22-23

From that moment on, he remained alone and without anything, in total dependence of the Altar.

So the angel of the Lord appeared to him and transformed him, and he confessed:

For I have seen God face to face, and my life is preserved. Genesis 32.30
Bishop Edir Macedo
www.bispomacedo.com.br/en
Follow me on Twitter