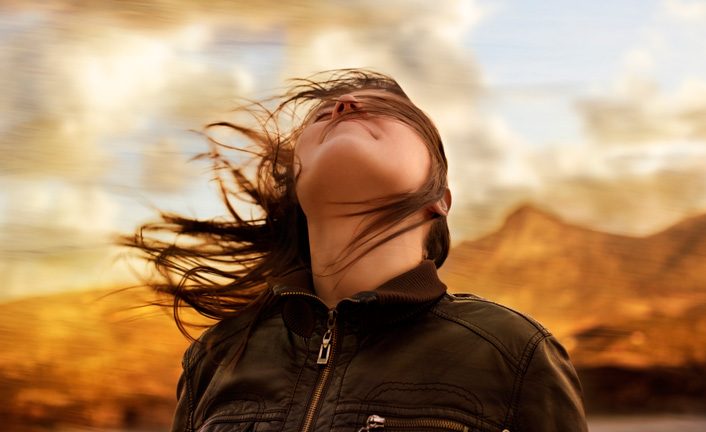 We live in the age of the here and now. Everything has to be done immediately, like people often say: time is money. Nobody knows how to wait anymore, and the race for time not to stop you from doing everything continues, as well as the stress that sets in quickly and ruins every relationship. This is why anxiety is on the rise. No one wants to think about what will happen later.

Wouldn’t this be considered another demonic strategy that has become cultural?

If man is constantly running against time, he won’t have time to look at himself or appreciate what he already has in life.

Many mothers work so hard to give their children every opportunity to enjoy this world, but it ends up taking what they need most: their mother’s presence. And when she’s with them, she doesn’t have the patience to be there, she wants to rest so she can go back to battle the next day. There is also the factor that a father is often no longer in the picture, and ends up being replaced by several relationships so that she can “enjoy” life.

Those who are still single run around trying to manage their grades, work, and weekend side jobs; they don’t even realize they’re growing apart from their loved ones and growing closer to those who don’t even know them. Then, when loneliness knocks on their door, their need drives them towards Band-Aid relationships, just to cover the wound that grows in them every day.

It’s the here and now. It doesn’t think about tomorrow, because tomorrow will resolve itself…

The fact is that today is yesterday’s tomorrow, so how is your today? Was it worth not thinking about it yesterday?

The rich man did not think about tomorrow, he only wanted to get rich in his lifetime. He did everything to better his own family and enjoy this world. We can say the rich man enjoyed life until the day he lost it and then found himself in hell. He could see Lazarus, who did not enjoy life like he did, but endured various problems and, during his last days, became leprous and lost his purpose in society, having to spend his last days begging in the streets.

When he died, Lazarus went straight to heaven and there he enjoyed much more than the rich man enjoyed during his entire life. When the rich man saw this, he found it absurd; after all, he had worked hard his entire life, not Lazarus. But Lazarus worked for his eternity, his goal was for the after, not the here and now, so he inherited his salvation. On the other hand, the rich man…

Look what Abraham said to the rich man – how strong:

Son, remember that in your lifetime you received your good things, and likewise Lazarus evil things; but now he is comforted and you are tormented. Luke 16.25

Just because Abraham called the rich man “son,” we know that he was a religious man. After all, Abraham was considered the father of faith, but look at what he says next… “Remember that in your lifetime you received your good things,” this is, the rich man did not invest in what would come after death, his salvation. He thought of the here and now, in this life, which everyone knows will end sooner or later. So, he received it during his lifetime.

But Abraham says Lazarus received only evil things in his lifetime… so, does this mean that only those who suffer will go to heaven?

However, this isn’t the only reason Lazarus inherited heaven. There are many evils that Christians suffer because they are focused on eternal life, such as being called fanatics, two-faced, corny, ridiculous, a nobody, fool, crybaby, and so on. Some evils aren’t even really evils, but the world claims they are. For example, they say a person that doesn’t celebrate carnival or go to parties, is wasting away their youth, they don’t know how to enjoy life, they live a monotonous life of going from church to the house, from the house to work, from work to church… They even say we don’t know how to live.

How many single women haven’t gotten married yet because of their faith? All the men who appeared in their life were unbelievers so they chose to think about tomorrow and not the here and now. Then, when they reach the age of “auntie”, they suffer because of inappropriate comments from their family and friends.

We are keeping ourselves for after this lifetime, for our eternity, and just like Lazarus, we will also be comforted. Every place we do not know, every relationship we sacrifice, everything we have not acquired, and all the honor we do not seek, will come in an incomparably better way!

In the faith and the Secret Place of the Most High….
Bishop Edir Macedo
www.bispomacedo.com.br/en
Follow me on Twitter