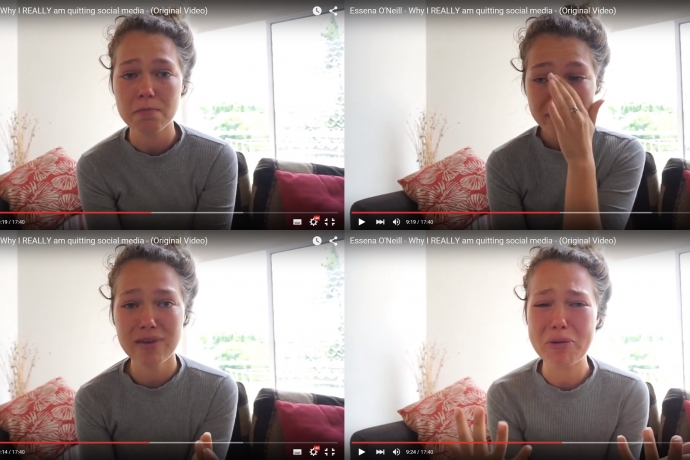 At the age of 18, Essena ONeill became one of the most famous and influential people in Australia. Her profession? Posting pictures on the internet. She was the most popular “instagramer” in the country with over 500 000 followers on Instagram picture after picture and received thousands of comments.

The tens of thousands of likes however began to press Essena. Getting the aproval of her followers became an addiction.Being her source of income, social networks made her to feel empty and depressed especially seeing so many people believing in her false happiness.

On November 3rd, she confessed on a Youtube video, that everything she did was to have more views and make money. “I thought to myself that the more views I had, the more valuable it would be. When you allow yourself to be led by numbers and something that is not pure.It is not real and it is not love.I do not even know who I am. “