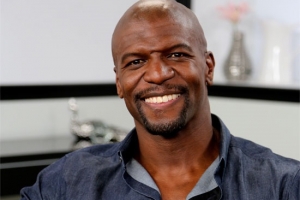 Illusion, fear, curiosity and fleshly lusts. These are some feelings that make people surrender themselves to the world of pornography, either to indulge their own desires or simply influenced by their partners.

According to a survey carried out by Cambridge University, based in the United Kingdom, addiction to pornography resembles drug and alcohol dependence. Another survey conducted by the Clinical Hospital Psychiatric Institute of Sao Paulo, in Brazil, says that pornography causes suffering and, as the time passes by, addicts isolate themselves from their family and friends. As their time is no longer well managed, they ultimately skip meals throughout the day to simply satisfy their sexual desires.

Terry Crews, who plays Julius on the TV show “Everybody hates Chris”, says on a video posted on a social network that he was addicted to pornography. Crews has said that pornography had ruined his life for years and years but he finally acknowledged he needed help.

watch the actor’s testimony on the video below

If you are going through a problem just like Terry Crews and you find yourself with no strength to deal with it do as he did; seek help.