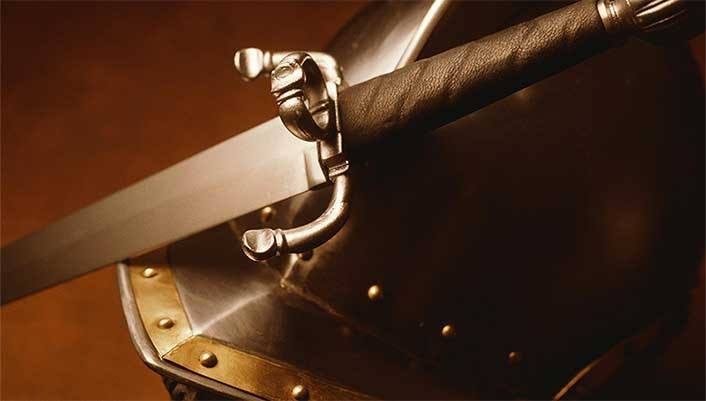 God the Father knew His Son’s need to be clothed with His Armor to accomplish His mission. He did this through His baptism in the waters of the Jordan River.

Like God the Father, God the Son was also aware of the disciples’ need to be clothed with His Armor to fulfill His mission in the preaching of His Word. And He did this on the Day of Pentecost.

From then on, all the true followers of the Lord Jesus clothe themselves with the WHOLEArmor of God to overcome all the battles they face against hell. After all, they were set free from the dominion of Satan and knew that he would try to use hell to pull them out of the Kingdom of God back to the kingdom of darkness.

At the time, the disciples strived with all their might to put on the WHOLE Armor of God – The Holy Spirit. Main objective: stand firm against the devil’s tricks.

It is God Who commands: Put on all My Armor.

To put on means to cover yourself. God the Father wants all of His children to cover themselves with ALL His Armor. It is not a suggestion, it is an order. Put on the WHOLE Armor of God.

Why is the responsibility ours instead of His, since the WHOLE Armor is His and, following the natural order, only He has authority to put it on a person?

Further on in the passage, again, He insists on the command: take up the WHOLE armor of God. To take up means to take possession of someone or something. The Holy Spirit reiterates His command and orders us to take up His WHOLE Armor.

Again, we ask: Why does the Holy Spirit command us to take Something that is His?

These questions have the same answer. For the disciple to put on and take up ALL the Divine Armor he must manifest his faith. Faith accompanied by sacrifice. Sacrifice that proves 100% his willingness to want and take possession of this promise.

The sacrifice of faith shows the will of the person.

I doubt the armor of God will fall from the sky like rain!

I doubt that God will cover the person with ALL His Armor just because he says he is a Christian, is a faithful member of the Church or something of the sorts!

No! A thousand times, no!

All the Promises of God are subject to conditions.

Read chapter 28 of Deuteronomy, where God conditions His blessings to the sacrifice of obedience.

Meditate on this text:
“The Lord is with you while you are with Him. If you seek Him, He will be found by you; but if you forsake Him, He will forsake you.” 2 Chronicles 15.2

There is no other way; no one can impose their rules on what the Lord has determined.