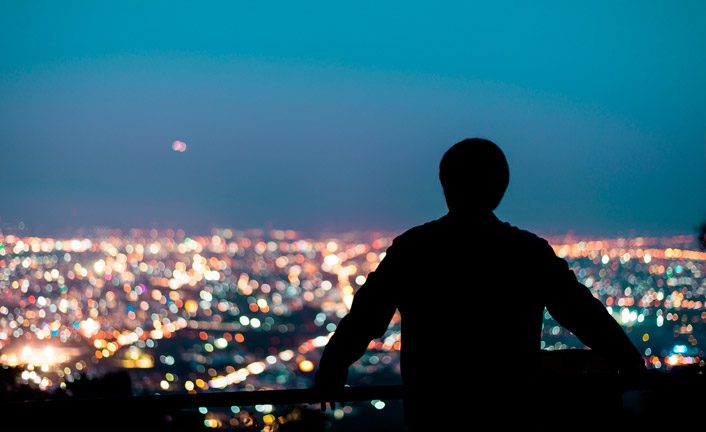 When the Creator rested after finishing His work, He was immediately interrupted by the fall of man. Before man even began to reap the fruits of rebellion, the Lord God began to suffer. All of mankind’s suffering on earth has been analogous to the infinitely greater suffering of God in Heaven.

What happens from the moment a mother begets a child? From the child’s first moments to the end of his days, everything will be accounted for in the heart of the mother – her life will never be at peace again. This is also what happened with God. From the moment the first sin took place, He was never “at peace” with mankind again.

Those who think that God is immune to suffering are deceived. Whoever defends this idea has no knowledge of Him.

This means that He works constantly, not to pay bills, but to save souls begotten by default, who are on route to hell.

God works in every good and faithful servant to reach the hated, suffering, discouraged people, especially those on the verge of suicide. He works hard to convince those who live in the comfort zone of Salvation and do not care about the lost. That’s right, the Spirit of God works by sounding the trumpet, saying:

“Go into all the world and preach the Gospel to every creature.” Mark 16.15

And when one soul is saved, He completes:

Imagine: if there is joy in heaven when one sinner repents, what happens when a sinner does not repent? There is deep sorrow, suffering and pain in heaven on behalf of the angels and, above all, the Most High God. Unfortunately, not all Christians or people who say they are of God think this way.

On a beautiful day, on the way to work, I thought about my personal projects. I dreamed of earning money and living a quiet, relaxed life. All of a sudden, out of nowhere, I heard a strong, but soft voice saying, “What will you profit to gain the whole world and lose your own soul? Immediately, I was convinced by that warning, and began to worry about the salvation of my soul. I realized that however expressive my family, professional and health success might be, one day I would die, and it would all be over. And where would my soul go? The idea of hell began to disturb me day and night, without ceasing.

God suffers. And His pain is infinitely greater than all of ours. He knows very well where the soul of most people has gone; He has seen and heard the cries of torment in hell. God knows that most of the more than seven billion souls will, sooner or later, go there.

Think: how does He feel about these facts? What have you done to save at least one soul from going to hell?

The Dream of God

Since the fall of mankind the Creator’s greatest dream has been to save them.

From Genesis to Revelation, we have seen God’s tremendous effort in the execution of the Plan of Salvation. Certainly, until all the prophetic words in Revelation are fulfilled, the priority of God is to save souls.

This is why God created the nation of Israel and brought His son to us. He has consummated the Work of Salvation, instituting the Kingdom of God – His Church – and has sent His Holy Spirit so that through His servants, those who believe in His Message may be saved.

This shows that the Divine Mind has been busy with lost souls.
Bishop Edir Macedo
www.bispomacedo.com.br/en
Follow me on Twitter