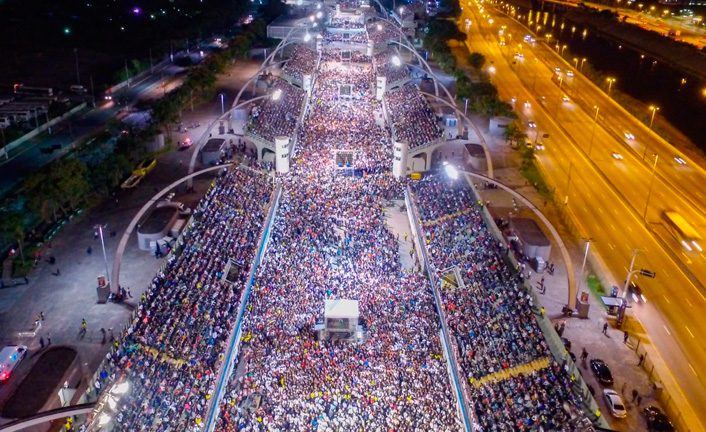 The Universal’s outreach programs offer support to about 5% of the Brazilian population. A survey held by the Universal Church registered that in 2017 the outreach programs helped 9 million people in Brazil alone. When we surveyed the work spread throughout 82 countries, this number reaches 11,127,500 people around the planet. There are seniors, youths, people below the poverty line, addicts, and prisoners who’ve had their routines altered and improved by the Universal’s outreach.

The Church’s 274,854 volunteers have brought aid to a vulnerable population on all five continents, including women who are victims of violence and abuse, and adolescents who are on a socio-educational level.

One of the most effective programs is Angels of the Night, which reduces the daily afflictions of the street population, a chronic problem in large cities, since 1980. In 2017, this group helped 26 thousand homeless people by handing out food, clothes, and blankets.

The group offered vocational training courses to the homeless, who, more than just receiving immediate help, gained a future. The courses offered to 600 homeless people throughout several Brazilian cities were cutting and sewing, computer classes, painting, building electrician, telephone operator, cook, cashier, typing, and telemarketing. Last November, 235 people that lived on the street graduated and 105 are already working under contract. The outreach program partnered with public and private businesses.

The volunteers from the outreach program, People of the Community, visit disadvantaged neighborhoods and, in 2017, brought medical, legal, psychological and aesthetic care to more than 1 million people. The group also donates clothes and food baskets.

The outreach work of the UCKG volunteers in prisons (UNP) and Universal in Casa Brazil Foundation bring comfort to prisons and socio-educational units. More than 500,000 detainees, 27,000 juvenile detainees, and their families, as well as guards and other employees, receive help from the groups that work in prisons.

These groups offer vocational courses and medical, dental and legal services. Breakfast is also provided at the prison’s front gate for family members who visit prisoners. They also provide food baskets, basic supplies, books and information to successfully reenter society. When they leave the prison systems, they can reintegrate more easily with the knowledge learned from the courses, lectures, and meetings. The work allows them to restart their lives with more safety.

Help at any age

The work of the Universal reaches without discriminating the young or the old. Volunteers from the Universal Youth Group, and Caleb have educational and citizenship programs. There are lectures, courses, sports events, music and dance, which deal with delicate topics such as drug use, self-mutilation, elderly rights, and healthcare.

The Youth Group attended more than 3 million young people last year and Caleb assisted 2 million seniors that were abandoned by their family.

In 2017, 350,000 addicts found a new opportunity through the Addiction Cleansing Therapy group. This work is developed in open and individual meetings, lectures and caravans, helping addicts recover and offering guidance to their relatives.

The 29 thousand women who suffered some sort of domestic violence or abuse and sought assistance in the Raabe program, received lectures and courses that restore and strengthen a woman’s self-esteem.