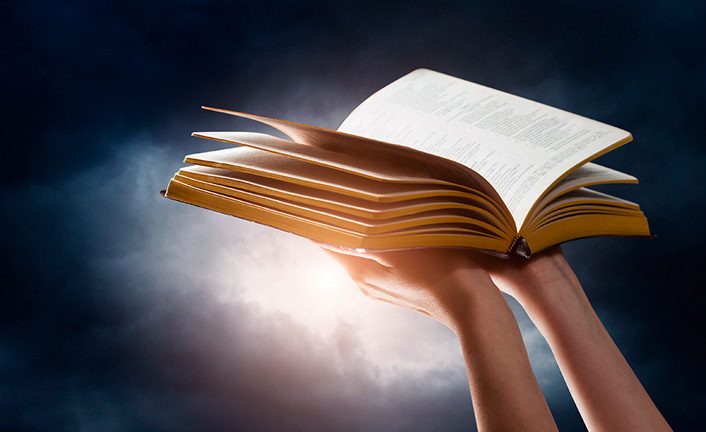 The Bible has forty writers; among them are kings, princes, poets, philosophers, prophets, diplomat, a physician, a tax collector, and a lawyer.

From various social classes, some were educated in all the studies of the time, while others were fishermen without any education.

Though it has several writers of different social classes, different educations and different times, the whole Bible was written in a period of about 1600 years (between 1500 BC and AD 100), yet it does not contradict itself at any time. This is because it has One Author, One Mind and One Spirit of God, who inspired His writers and servants.

The Bible is God speaking to the human intellect. It speaks through man, it speaks as a man and it speaks in favor of man; but it is always God speaking.

And because He cares about humanity, He says:

I will give you shepherds according to My heart, who will feed you with knowledge and understanding. Jeremiah 3.15

It is extremely important to note, through meditation in the Bible, how the Holy Spirit instructs us to an awareness of pure faith.

A faith that is free from emotions, free from illusions, free from fanaticism, this is, free from the five natural senses. But it is not free of tribulations, because they make us grow, mature and develop our faith.

Like a sixth sense, supernatural faith is granted to those born of the Spirit to overcome the world to preserve the eternal salvation of the soul.

…For whatever is born of God overcomes the world. And this is the victory that has overcome the world – our faith. I John 5.4

Just as the ears can hear words, and the palate taste food, so the spiritual ears hear the good Word of God and sustain the supernatural faith that overcomes all doubts.

Unfortunately, almost all those who call themselves Christians have been influenced by the emotions of the heart.

They only want Jesus as their Savior, but the heart remains their Lord.