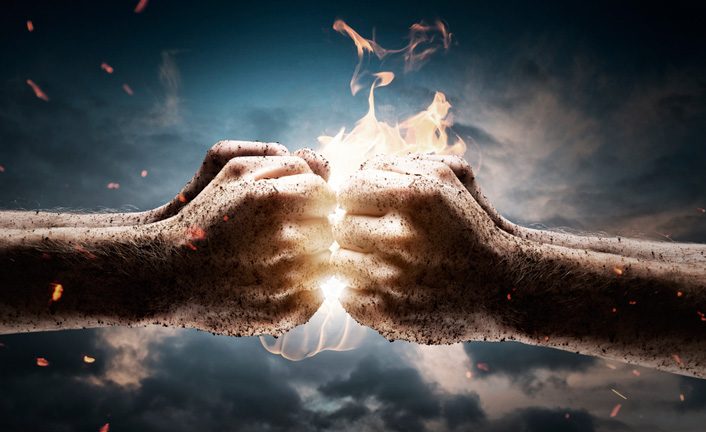 Conflict is what reveals the sacrifice that God is asking us to place on the Altar. The devil becomes despaired, because he knows what the Holy Spirit will accomplish in the life of an obedient person that sacrifices. Therefore, he does everything to keep us from sacrificing.

Imagine what Abraham must have felt in his heart as he walked through the desert for three days, listening to the voice of his innocent son, asking:

…Look, the fire and the wood, but where is the lamb for a burnt offering? Genesis 22.7

I believe that Satan used this moment to speak strongly to Abraham’s heart, telling him that what God wanted him to do was “madness” and his “loss” would be irreplaceable. Besides, Abraham had no reference (example) of someone that had done the same kind of sacrifice. He would be the first to sacrifice like this!

As a father, his senses told him not to sacrifice what he had spent his whole life waiting for, and that this was his only guarantee to have descendants.

His conflict was great, but Abraham did not listen to the voice of his heart. He answered, with the coldness of an obedient servant, without complaining or questioning his Lord:

My son, God will provide for Himself the lamb for a burnt offering. Genesis 22.8

This reminds me of the Lord Jesus when His inner “conflict” was so great that His sweat became like drops of blood as the time approached for the greatest and most painful of all the sacrifices in human history. His human side (weak) appealed to God, to be “exempt” from the sacrifice. But, His faith side made Him finish this prayer in the most perfect way possible:

Father, if it is Your will, take this cup away from Me; NEVERTHELESS NOT MY WILL, BUT YOURS, BE DONE.Luke 22.42

He reacted by focusing on the will of His Father and not on His own will.

Has your sacrifice caused a conflict within you? When you look at what God asked of you, do you feel the pain of loss? Or are you going to the Altar as if you were climbing a stage? If so, do not sacrifice.