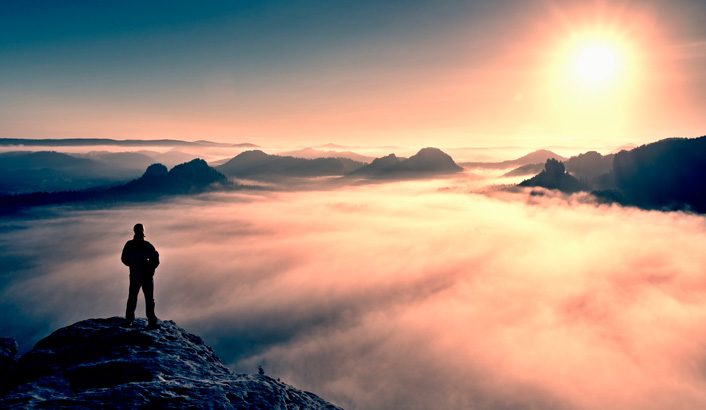 In other words: The Kingdom of God is invisible and has already come!

One of the characteristics of a weak person is to consider what he sees.

Therefore, how can the weak see the Kingdom, which is invisible?

The strong do not grow weary!

Whoever grows weary before small battles will certainly grow weary before bigger ones. And the conquest of eternal life is the greatest of all!

Those who grow weary are looking at the things which are seen.

But the things which are seen are temporary, they disappear. If the heavens, the earth and the sea will pass, imagine the rest!

However, the Word does not pass, It does not disappear, It is eternal!

The strong are strong, because they look at what is Eternal.

Stephen, for example, did not look to the stones that were seen, but to the Eternal. Stephen was strong, because the strong do not die, they merely fall asleep! (Acts 7.59-60)