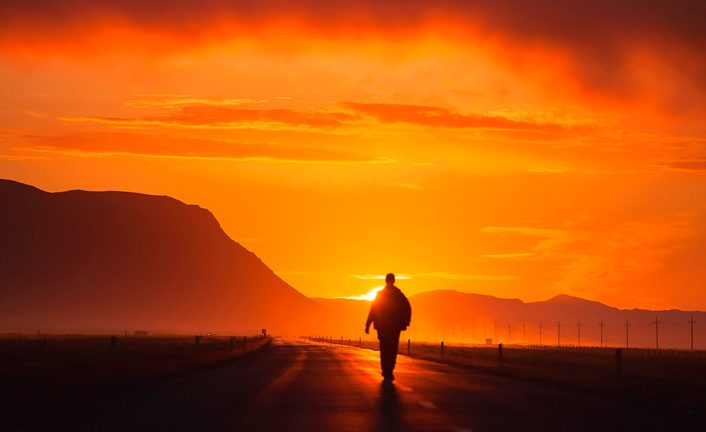 And everyone went to his own house. John 7.53

But Jesus went to the Mount of Olives. John 8.1

Two verses, one right after the other, purposely written in this sequence.

A group of people was heading home, which should have been obvious because the day was coming to an end. However, Someone did the opposite, Someone went in the opposite direction, Someone went where no one would go, especially since night was approaching.

To go in the opposite direction should be fundamental in the character of those who are born of God, since we no longer belong to this world nor do we make a point to please people or seek anyone’s approval.

We live in a world whose values are distorted, anemic and meaningless, yet we see thousands of people raising movement flags, wearing statement t-shirts, screaming to be heard and respected, and at the same time shoving their opinions down the throat of those who show resistance, however small and sensible. We see humanity running in the same direction, fighting to fit in, and be part of what the great mass believes to be “right”.

Nowadays, who dares to swim against the current? Who makes a difference? Who are those who, calmly, say a resounding “no” to everything that is not of God? Who are those who go to the Mount while everyone else is going home? Who? The children of the Most High!

To have the courage to go where no one is going, to say what no one wants to say, to live under the power of God and turn away from the empowerment of man, to be from Above, while some support the right-wing and others support the left… possessing a godly nature, and His thoughts echoing in his mind.

For these people, the rocks thrown at them by those who go with the flow of this world are a true stamp of approval of conduct, since we know what it means to go to the Mount while everyone else goes home. We do what others think is incoherent, many don’t find pleasure in the way we live, we step out of our comfort zone, we walk to places with no zip codes or any kind of number, we are climbing the Mount towards Salvation.

An important message: When a person throws a rock at a child of the Most High, be careful, because we are on the Mount (up Above), so the law of gravity causes the rock to come right back to its starting point.