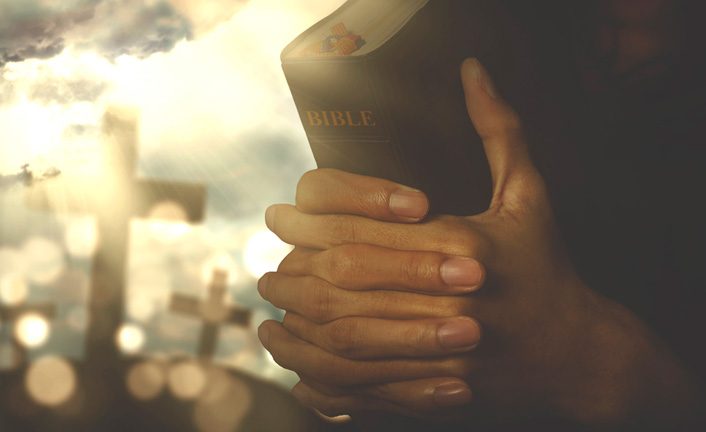 When the Jewish Passover drew near, Jesus went to Jerusalem. When He went to the temple, He found people selling oxen, sheep and doves, and moneychangers. Jesus had made a whip of cords, so He cast them all out of the temple, even the oxen and the sheep; the money changers’ money scattered all over the floor, and He overturned the tables. And He said to the people who sold the doves: Take these things away! Do not make My Father’s house a house of merchandise!

Then His disciples remembered that it was written, “Zeal for Your house has eaten Me up.” So the Jews answered and said to Him, “What sign do You show to us, since You do these things?” Jesus answered and said to them, “Destroy this temple, and in three days I will raise it up.” Then the Jews said, “It has taken forty-six years to build this temple, and will You raise it up in three days?” But He was speaking of the temple of His body. Therefore, when He had risen from the dead, His disciples remembered that He had said this to them; and they believed the Scripture and the word which Jesus had said. John 2.13-22

Now I ask: Why did the disciples remember, unanimously, the same passage? And why didn’t the Jews remember anything that was written? If they were all in the Temple, they certainly read and heard the Word of God.

The Jews asked Jesus what was that sign He was doing, because they were shocked by His actions. However, He answered in a way they would not understand, causing even more confusion in their heads, and creating more doubts.

It’s interesting that the disciples did not know what the other disciples had remembered, but they all remembered the same biblical passage!

Who did this? Who does this?

The Holy Spirit is the One who helps. He reminds, not only to remember but also to teach. Those disciples understood that Jesus was zealous with the things of God. He would not accept these men to arrive at the Temple with “everything ready” to “be sacrificed” (the oxen and sheep were for their sacrifice), without at least having prepared themselves, and carefully choosing their offering for God. Surely, they realized that Jesus, when Passover was approaching, went up to Jerusalem, demonstrating that no one should go unprepared.

Many people want God to answer their questions. But the more doubts they have, the fewer answers they receive. Why is this? Because they are not zealous with the things of God. They want to do things to fulfill a ritual, but they do not want to give their best to the One who saves and takes care of their lives.

Jesus did not respond clearly to the Jews. And the Bible reports that the Jews questioned Him, but He did not explain anything.

The Holy Spirit took it upon Himself to explain to the disciples what the Lord Jesus did not explain to the Jews. He is the Helper of those who are zealous with the things of God. They have zeal with the offering of their life.

The Holy Spirit didn’t just guide them when Jesus was casting out the animals, but also when Jesus was killed and resurrected. The disciples again remembered the Words of Jesus, believed the Scriptures, and what Jesus had said.

Now you can also understand who the Holy Spirit speaks to. He speaks to those who care, zeal, and pay attention to the things of God, those who prepare themselves and their offerings, and keep watch of themselves at all times.