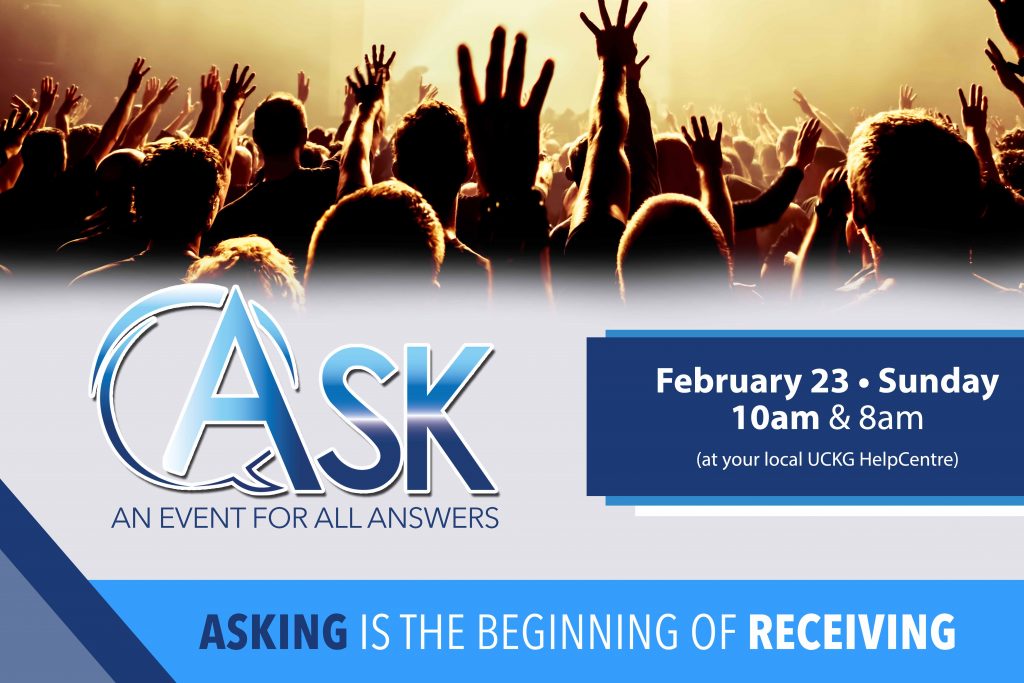 One of the most underused tools of success is the power of asking. There is such a great strength in it and yet, very few of us use it. And of those who do, it’s rarely to its full potential. As you go through this leaflet, you’ll see the power of asking at work in the lives of those featured on these pages. We believe that anyone can take back this power… after all, it’s only a matter of ASKing.

THE POWER OF ASKING

Yes, asking is a power and one that every baby is an expert at, but the most underused tool of success for adults! If we’d only relearn how to use it, we would get so much more in life. There may be things you’ve always wanted but up until now have never had, and perhaps it’s because of one or more of these four reasons:

2. You asked in the wrong way;

3. You asked the wrong person;

The good news is, the power of asking is a skill that we can practice and become good at. Join this event on February 23 at the UCKG HelpCentre and learn how to turn your life around through this power. 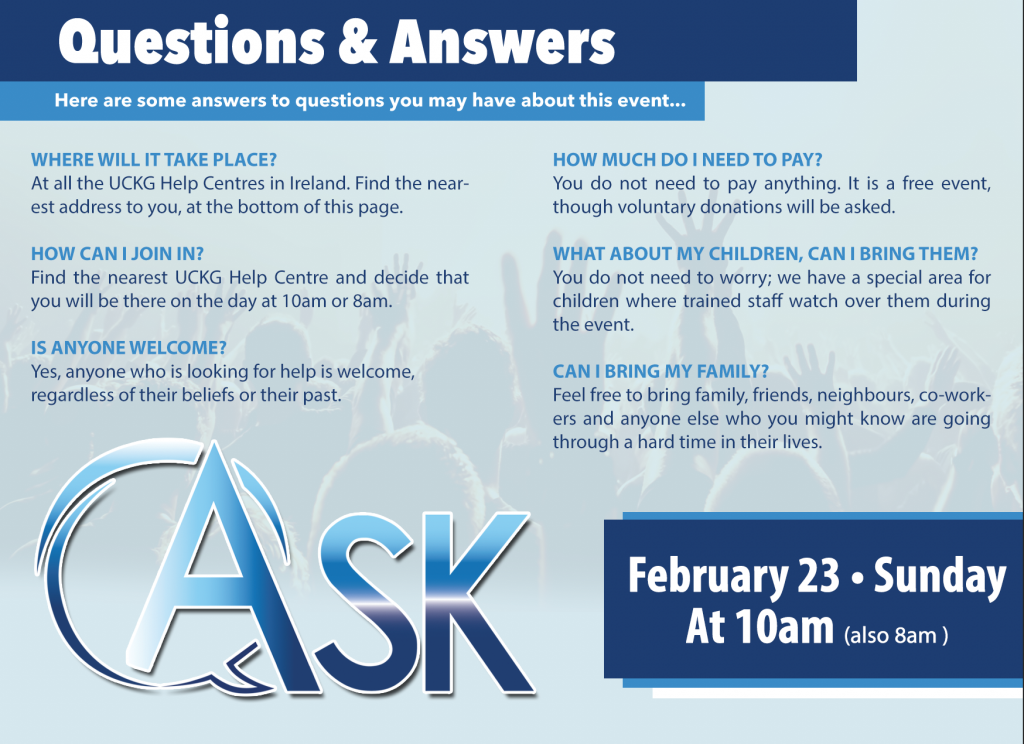