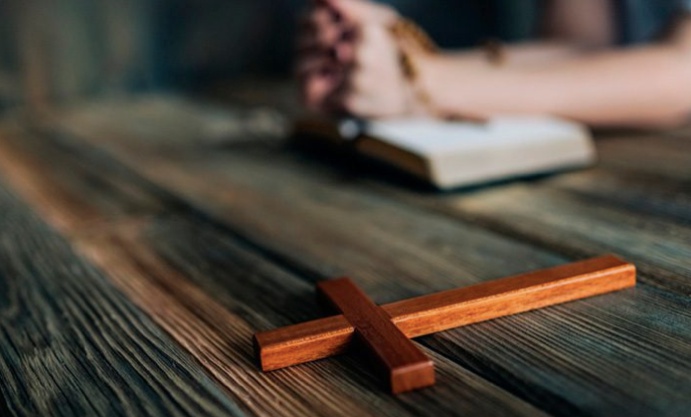 See if you can understand.

It is the most evil Satanic creation on the face of the Earth.

Religions, such as catholic, evangelical, spiritist and any other, transform a person’s “faith” into private territory.

The religious are passionate and sometimes fanatical because they use faith without using intelligence or reason.

History records that the greatest wars in the history of humanity were because of religion.

Would this be the will of God for man?

When I told them that Christian faith had nothing to do with religion, or being religious, they were even more confused.

The Lord Jesus did not create a religion. He established the Kingdom of God, this is, His Church.

The people who make up this Kingdom, or Church, live under the lordship of Jesus. They live by the standard of righteousness of the Kingdom of God.

As a body, He is the Head and His disciples are the members.

This body has One Spirit, the Holy Spirit;

One heart, a new heart;

One mind, the mind of Christ;

One belief, belief in the Word of God;

One faith, a supernatural faith;

One direction, the direction of the Spirit of Jesus.

Therefore, no one, absolutely no one, who is outside this Body belongs to the Lord Jesus.

There’s no use confessing Him as Lord, and not obeying Him;

Calling on Him, and not listening to Him;

Attending an institution called church, and not behaving according to the Bible.

To be a part of Him or His Body, a person must be born of water and the Holy Spirit.

Whatever foreign body is found in this Body, sooner or later, will be expelled, just like when spoiled food consumed.

Misunderstandings, strife, gossip, bad eyes, prejudices, criticism from someone who calls himself a Christian, are in fact some signs of the flesh that exist in the religious. Not in the Kingdom of God or His Church.

To be a Christian is to be possessed and led by the Spirit of Christ.

If you doubt what is written above, read, meditate and draw your own conclusions in this text of the Apostle Paul addressed to the newly converted Christians who lived in Rome:

But you are not in the flesh but in the Spirit, if indeed the Spirit of God dwells in you. Now if anyone does not have the Spirit of Christ, he is not His. Romans 8.9