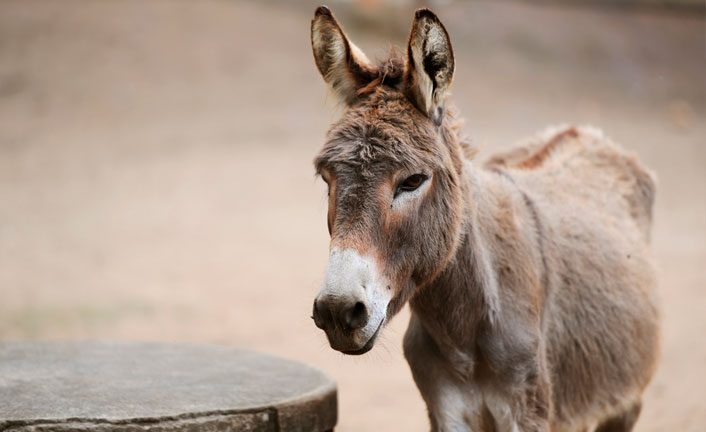 One day, a colt came home happy and said to his mother:

“Mama, I was in town today, and as I walked the streets a great crowd shouted with joy, many spread their robes and palm branches on the ground for me to walk on. It was as though a huge party was made for me.

His mother, an old and experienced donkey, was intrigued by her son’s euphoric story, and asked, “My son, were you carrying someone when you entered the town?”

“Yes, I was carrying a man named Jesus Christ, but I’m sure people didn’t’ have such a party for Him, it was all for me.

Then his mother gave him a suggestion:

“Son, go back to the city alone; let’s see how people will greet you.”

One day, while walking by that city, the colt decided to enter alone, but as he passed through the streets, people began to mistreat him. Some people even hit him and then expelled him from the city.

The poor animal returned home feeling devastated, and told his mother how he was ill-treated.

“Mama, I entered the city and there was no joy… I was mistreated and kicked out. Why did this happen to me?”

– My dear son, be more humble and understand the following lesson: without Jesus Christ you are nothing more than a mere donkey…

I am the vine, you are the branches. He who abides in Me, and I in him, bears much fruit; for without Me you can do nothing. John 15.5