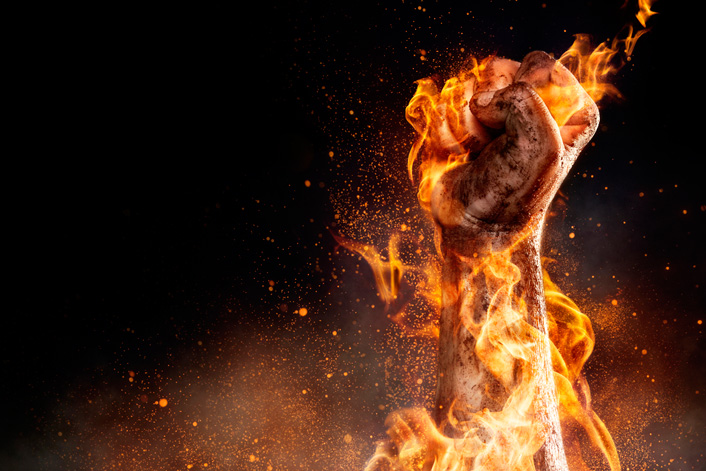 After the Day of Pentecost, Peter and John healed a man who was lame from birth and asked for alms at the door of the temple. And from then on the disciples began to preach.

Those signs made the authorities resentful and afraid, so they arrested Peter and John and questioned them:

By what power or by what name have you done this? Acts 4.7

The authorities were astonished and perplexed because they knew Peter and John were uneducated and common men, but they still spoke with boldness and courage. This caused authorities to recognize that they had indeed been with Jesus, and it was noticeable because Peter was filled with the Holy Spirit.

There is no question that the Holy Spirit is the only weapon we need to overcome anything. At that moment, without the Holy Spirit, Peter would possibly repeat what he did when Jesus was arrested, and this could’ve cost his life.

When the authorities saw that they couldn’t say otherwise, because a man was healed before them, they dismissed them. But still, they kept questioning among themselves:

What shall we do to these men? For, indeed, that a notable miracle has been done through them is evident to all who dwell in Jerusalem, and we cannot deny it. Acts 4.16

When we depend on the direction of the Holy Spirit, this is what happens!

We are no longer overcome with worry because those who persecute us are the ones who begin to worry.

Faith is the Holy Spirit at work in our lives.

On the other hand, doubt is the spirit of the devil at work in the life of man.