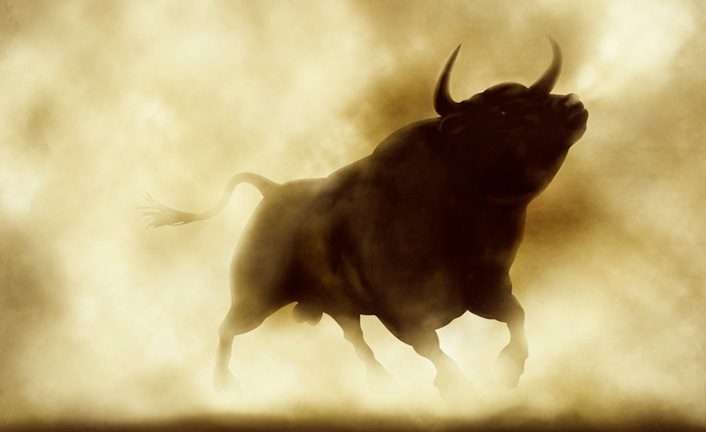 His glory is like a firstborn bull, and his horns like the horns of the wild ox; together with them he shall push the peoples to the ends of the earth; they are the ten thousands of Ephraim, and they are the thousands of Manasseh. Deuteronomy 33.17

God blessed Ephraim with the strength of mighty men in battle:

Of the sons of Ephraim twenty thousand eight hundred, mighty men of valor, famous men throughout their father’s house. 1 Chronicles 12.30

God blessed Ephraim with battle skills and the strength of a firstborn bull.

Remember that Canaan was a fortified land and its inhabitants were of great stature, as reported by the spies, who were afraid to confront them. However, later on, this did not stop Ephraim, who entered the Promised Land (Joshua 16), and won victory after victory from the moment they crossed the Jordan.

Unfortunately, Ephraim did not have the same strength to obey God! This is when the Ephraimites’ problems began, because they became proud and disobeyed God’s commands (Joshua 16.10, Judges 1.29), not driving out the Canaanites from their lands. Over time, the Ephraimites not only came to live with the Canaanites, but also began to live as they did.

For they shall eat, but not have enough; they shall commit harlotry, but not increase; because they have ceased obeying the Lord. Harlotry, wine, and new wine enslave the heart. Hosea 4.10-11

Harlotry, wine, and new wine were part of the worship rituals of the pagan god Baal. Look at the downfall! The great and fearless warriors surrendered to the pleasures of the flesh. Yes! Warriors that took possession of the Promised Land but were unable to conquer and defeat themselves!

Never would anyone believe that the tribe of Ephraim would be afraid of war, as in the case of the Midianites and the Amalekites, in the days of Gideon, who, because of fear, returned home. But after the victory of the 300 (when the worst had passed), they rebuked Gideon:

…Why have you done this to us by not calling us when you went to fight with the Midianites? And they reprimanded him sharply. Judges 8.1

Today, like Ephraim, we see men and women of war, significant achievements and great testimonies of faith, being defeated by vanity, lust, wine and new wine. Yes, conquerors that have raided, and conquered, but forgot to raid and conquer themselves.

The story repeats itself; they fall in the faith because they fail to look to the Altar, and look to their material achievements with great admiration. They become like the Pharisees who valued the gold more than the Altar, and worse, they think they’re right.

God goes so far as to say:

So, here’s the warning!

Nothing is more important than your Salvation. Material achievements, professional victories, or any other achievement here in this world, that is not on the Altar in the service to God, has an expiration date and the day will come that even the great victories of the past will no longer make sense.

“But let him who glories glory in this, that he understands and knows Me, that I am the Lord, exercising lovingkindness, judgment, and righteousness in the earth. For in these I delight,” says the Lord. Jeremiah 9.24

It’s no use to win all the battles of this world, conquer all that is in it, and to glory in all your victories, when you do not understand and know God. And only those who are on the Altar know Him because they are surrendered to the plans of the Most High.

May God have mercy on those who are letting themselves be carried away by the apparent conquests and the deception offered by the vanity of this world.

But God said to him, ‘Fool! This night your soul will be required of you; then whose will those things be which you have provided?’ So is he who lays up treasure for himself, and is not rich toward God. Luke 12.20-21

May you be overcome by the fear of God in this moment and may you glory in understanding and knowing God, and not boasting about your earthly conquests.

Don’t be like Ephraim who became rich of himself, but poor of God!

1 thought on “Ephraim – the strength of a bull!”