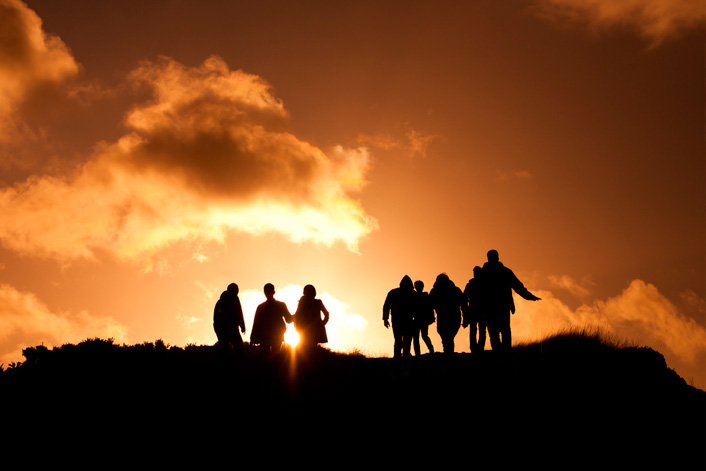 Under God’s command, Moses transferred the responsibility of leading the children of Israel to the Promised Land to Joshua.

However, the death of Moses saddened Joshua. So the Lord had to intervene and encourage him for this mission.

Now therefore, arise, go over this Jordan, you and all this people, to the land which I am giving to them – the children of Israel. Joshua 1.2

In other words: be willing and take possession of the Promised Land.

What does this have to do with the followers of the Lord Jesus, the New Israel, in the present day?

The children of Israel had been delivered from Egyptian bondage and firmly believed in ​​God’s promise to “bring them up from that land to a good and large land, to a land flowing with milk and honey.” Exodus 3.8

Moved by the force of this Promise, they went out into the wilderness. There was no palpable guarantee that this Promise would be fulfilled.

The Promise that came from the mouth of God convinced them of this reality, though still invisible at that moment.

But now, before reaching the Promised Land, Moses was dead.

The leader was dead, but the Spirit of the Promise was not.

The Spirit of the Promise does not die or withdraw His Word.

This is the Spirit of Christian faith.

The Spirit of the Promise testifies with our spirit that His Word will be fulfilled.

The pearl of revelation should not be cast before pigs, much less the holy Word given to the dogs. Matthew 7.6

However, those who are led by the Spirit, who do not see but believe, like Joshua and Caleb, take possession of the Promise.

We were enslaved by addictions, complexes, depression, fear, doubt, and religion just like the Hebrews in Egypt. And, like they were delivered and guided by the Spirit of the Promise to a good and large land, a land flowing with milk and honey, the same will happen with the followers of the Lord Jesus.

If those stiff-necked peopleattained the promise, why wouldn’t the redeemed by the blood of the Son of God and sealed with the Spirit of the Promise not have the same right to the land that flows with milk and honey?

Wouldn’t this land be good and large, a land flowing with milk and honey, the abundant life promised by the Lord Jesus?

So, “Let us go up at once and take possession, for we are well able to overcome it!” Numbers 13.30